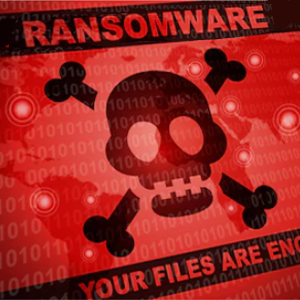 WannaCry ransomware is a cryptoworm malware that exploited vulnerabilities on Windows OS. The WannaCry outbreak began from an exploit called EternalBlue. Based on the story of former NSA employees, the EternalBlue exploit is developed by the National Security Agency (NSA). It contained the vulnerabilities of the older Windows operating systems. On April 14, 2017, the Shadow Broker hacker group exposed the exploit. Many hackers across the world had taken advantage of this to spread WannaCry. WannaCry travels in the network in search of a vulnerable computer. Then it encrypts valuable files and demands a $300 ransom in Bitcoin. That’s one of the worst examples of ransomware attacks.

NotPetya is a cyber threat that was mistaken for a ransomware variant. Upon closer analysis on its source code, it turned out to be a Russian cyber-attack disguised as ransomware. The NotPetya outbreak occurred in June 2017 and Ukraine was hit the hardest. The infection was found to have originated from an accounting application called MeDoc. It had over 400,000 users in Ukraine. The other countries in Europe such as Germany, Russia, Italy, France, Poland, and the United Kingdom had also been affected. NotPetya wipes out the hard disc and scrambles the original file contents. Later, it asks for a $300 ransom to restore the ransomware encrypted file. That’s another one of the worst examples of ransomware attacks

Ryuk ransomware was allegedly linked to the author of Hermes ransomware. Hermes was a ransomware member responsible for the Far Eastern International Bank attack in Taiwan. In January 2019, Ryuk ransomware was believed to have been involved in the attack against the Tribune Group. It delayed the newspaper production. Ryuk prevents the recovery of ransomware encrypted file, by deleting the shadow version of the operating system. This is one of the examples of ransomware attacks that must be avoided.

JungleSec is a ransomware that infects the computer through IPMI vulnerabilities. Linux is the operating system that rarely gets infected. But JungleSec ransomware targets Linux. Windows and Mac computers are also at risk of JungleSec attacks. IPMI is the component of the motherboard that allows remote access. Once JungleSec infects the computer, it searches for valuable files and folders. The encrypted file will have a .jungle@anonymousspechcom extension added to its name. The ransom for recovering the ransomware encrypted file is $1,100. As of today, JungleSec ransomware remains undecryptable. The victims can contact the ransomware author at junglesec@anonymousspeech.com. Now that’s another one of those infuriating examples of ransomware attacks.