What is Trojan: The Ever Present Danger of Malware

Trojans are dangerous because they work by stealth and infiltrate a system without a user knowing. Malware programmers code Trojan viruses in such a way that they enable their creations to mask their signatures. Because of this traditional antiviruses and anti-malware only catch up to 40% of the threats and 60% are roiling beneath the surface and probably in your computer. 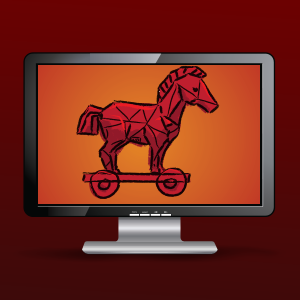 What is Trojan: Silent Dangers

Unlike the more active threats we know, Trojans work silently and stealthily in the background. They don’t capture our attention until it’s too late. It’s a malware disguised as a legitimate software commonly downloaded along with freeware applications, text files, or image files.

A Trojan may be harmless at the outset, but t is actually just waiting to deliver its payload. While it is in this state, the Trojan passes most antivirus scans unless a threat lab identifies it as a possible vulnerability or virus. When it comes to Trojan, you will need special measures to solve this problem.

What is Trojan: Common Activities a Trojan Will Do On Your Computer

A Trojan can be bad news because it can be undermining your system in secret. It is therefore important to find out what its effects are. Here are some of the things a Trojan will do to your computer once it gets in.

A Trojan can delete files in your computer. This is a particularly destructive function and the Trojan must be stopped before it goes further.

A Trojan can block your programs from updating. This is one of the ways a Trojan prepares the computer for the entry of a more harmful virus which is part of its payload.

Trojans can manipulate the contents of a file. The most basic manifestation of this harmful effect is the sudden change of the file extensions in a computer. This is particularly true on or before a ransomware is deployed.

Some ransomware can copy the contents of a folder. This is particularly dangerous as it might already be transferring the information to a third party.

If you see any of these suspicious events happening in your computer, it’s time to run your antivirus and if that doesn’t work, to consult a professional. You can even use specialized software to scan this particular issue.

What is Trojan? How to Solve the Trojan Issue

As previously mentioned in this article, a Trojan can appear like a harmless file so it escapes detection by an antivirus. This is what makes Trojans particularly troublesome. In order to solve this scanning issue, people can use specialized software that provides forensic analysis. A forensic analysis software is a program which scans files in a system and tries to detect any suspicious behavior from them. This is different from an antivirus because antiviruses detect malicious applications based on a pre-made list created by threat labs.

A forensic analysis scan works by profiling the behaviors of a particular unknown file. If a file appears questionable, the forensic analysis software will send it to a threat lab for further analysis. The security researchers in the threat lab will check the file for themselves and judge if it is malicious or not. When the researchers see the Trojan as a new strain, something new out of the wild, they will update their database and get antiviruses calibrated to detect these files. This process may be a little slow but it is effective in rooting out zero-day threats even before they bloom into a major problem.

If you’re looking for a software that can perform this function for you, Comodo has one that will serve your needs perfectly. You can download the software for free by going to this website: https://enterprise.comodo.com/freeforensicanalysis/.

By downloading this program, you will be moving your security game several notches up. You will be able to help catch newer strains of malware. Your network will benefit from the protection of a detection program. This is particularly important since information gained ahead of time can help you prevent the intrusion of ransomware into your system. It will also keep the hackers out and stop them from harming your data or your company.